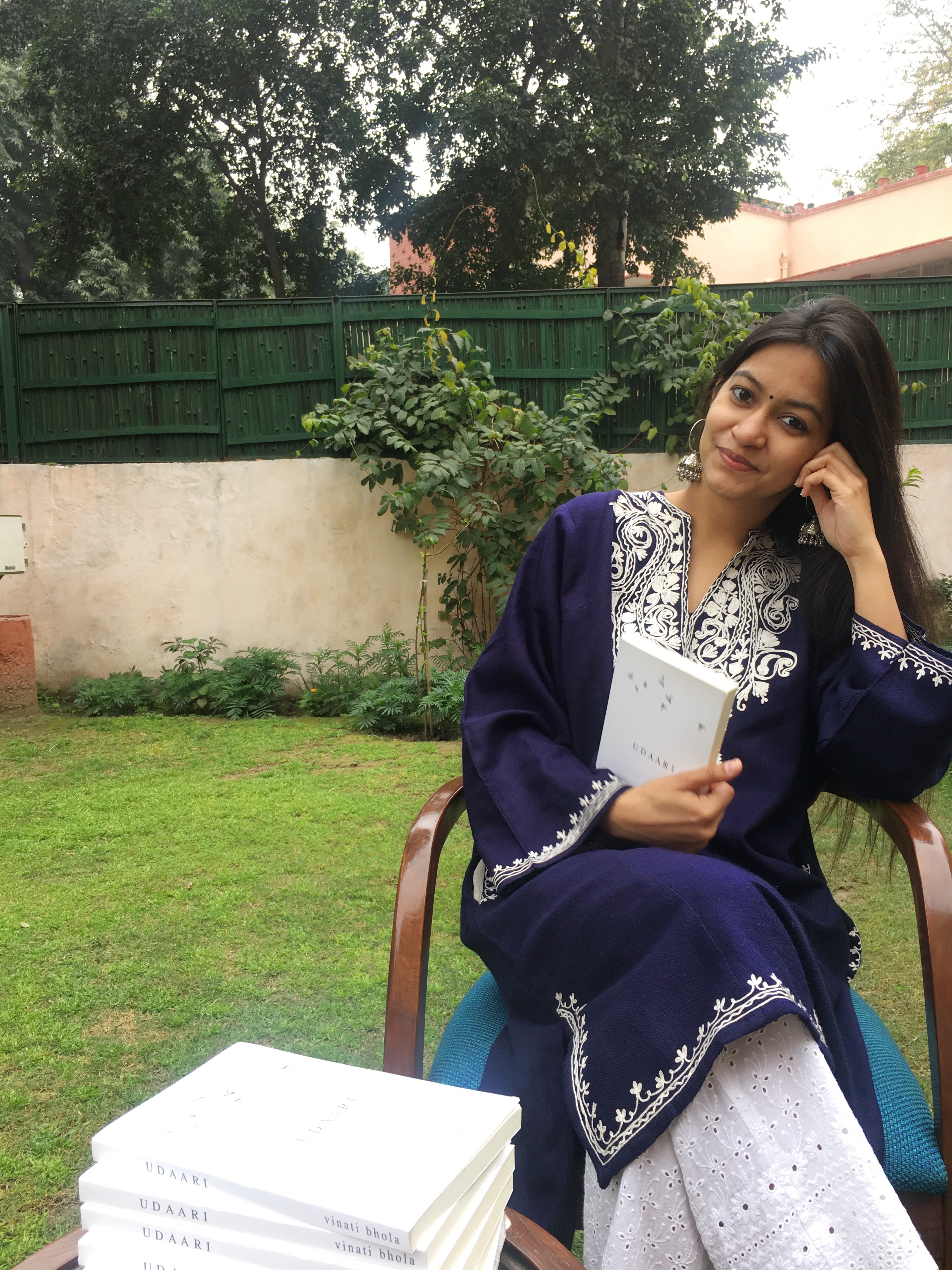 Vinati Bhola is a poet from India who is known for her first collection of poems Udaari. In 2017, she was invited to represent Indian poets and launch Udaari at the 'Dear India' campaign hosted by Level Shoes in Dubai. Ever since the launch of her maiden collection, Vinati's poems have been featured on platforms like the Hindustan Times, Harper Bazaar, Cosmopolitan India to name a few.

"Her words ooze courage and a sense of freshness that keeps the readers engaged." - HT City, October 20, 2018.

In November 2018, Vinati celebrated the first anniversary of Udaari at an exclusive talk session with the editor of Penguin India. Here's a glimpse of the event "What Young India Reads" at the Oxford Bookstore, Delhi:

The author is also an International Lawyer, working with the United Nations and she currently lives in Geneva, Switzerland.